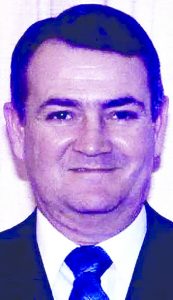 Rev. Ernest Alton Cribb, Jr. of Loris, a native of Chadbourn, went to be with his Lord on Sunday, June 11, at McLeod Loris hospital. He was 78.

He was the son of the late Leona Marie Nobles and Ernest Alton Cribb, Sr. He was also preceded in death by a sister, Shelby Cribb Nobles.