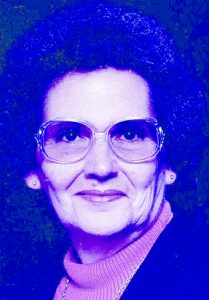 Frances Spivey Nobles of Chadbourn went to be with her Lord on Friday, June 23. She was 80.

She was the widow of McNeil Nobles and the daughter of the late Gertie Lea Simmons Spivey and Dalton Spivey.