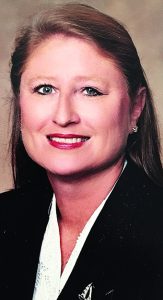 Born April 29, 1954 in Mullins, she was the daughter of Jennis and Patsy Adams Turbeville of Tabor City.

She was predeceased by one sister, Patricia Kay Phipps.

Janet’s interests included sailing and gourmet cooking with all of her friends and family. She never met a stranger and everyone was welcomed. Her passion for animals led her to become a Foster Parent for Florida Dachshund Rescue. Her big heart brought several into her home and filled her life with joy.

In lieu of flowers, donations may be made to Florida Dachshund Rescue (FLDR.org).

Her family and friends would like to thank the wonderful people at Covenant Care.

Visitation will be from 5:30 to 7:30 on Thursday, July 13 in Panama City, Florida at Kent Forest Lawn Funeral Home.