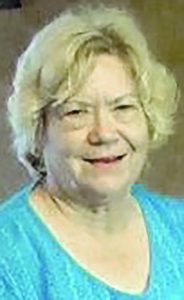 Nilda Anderson Fowler of Loris, died Friday, Nov. 3, in her home. She was 82.

Born June 14, 1935 in Horry County, she was the daughter of the late Thelbert and Retha Anderson and the widow of M. C. Fowler.

She is survived by one son, Stewart Fowler and daughter in law Dawn Fowler of Loris; one grandson, Mark Fowler and his wife Courtney and their children, Kendall and Ava of Hampstead; one granddaughter, Tennille Jones and her husband Timothy and their children, Emma Kate and Maggie of Loris; two brothers, Sammy Anderson of Loris and Gene Anderson of Whiteville; and three sisters, Sandy Horne of Greer, Doris Grindstaff of Wilmington, and Amber Greene of Whiteville.

In addition to her parents and husband, she was predeceased by one sister, Allene Hardee; and one brother, Bill Anderson.

Visitation was planned from 6 to 8 p.m. Saturday, Nov. 4, in Inman Ward Funeral Home of Tabor City.