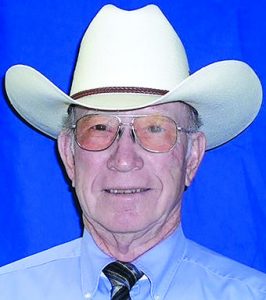 Born Oct. 15, 1936 in Columbus County, he was the son of the late Neal Monroe Stanley and Venia Richardson Stanley.

In addition to his parents, he was predeceased by a brother, Larry Monroe Stanley.

He married his only true love more than 54 years ago and ultimately he and Pat settled on the family farm. Throughout his life he was a farmer, even when he was in other occupations. He lived his dream and followed his calling through farming, loving his family and sharing his faith.

He was a Veteran of the United States Navy. From 1961 to 1975, he worked at Columbus Trading Company in Chadbourn. He was a Ruritan Member and served as a Zone Governor. From 1976 to 1997 he was a fulltime farmer. He served as Church Training Director with the Columbus Baptist Association. He served as a deacon and a Sunday School teacher at Clarendon Baptist Church where he was a lifelong member and servant of his Lord and Savior. He worked as a supervisor for the Columbus Soil and Water Conservation District. He was the 2008 President of the North Carolina Association of Soil and Water Districts and a member of the Soil and Water Foundation.

Visitation was planned from 6 to 8 p.m. Saturday, Dec. 16, in Inman Ward Funeral Home of Tabor City.