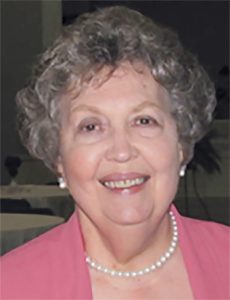 Mrs. Ward was born in Augusta, Georgia, a daughter of the late Wilson Jennings Bryan, Sr. and late Lois Bonnett Bryan.  She was a member of Tabor City Baptist Church.

Mrs. Ward was preceded in death by an infant daughter and a brother, Wilson J. Bryan , Jr.

A memorial service was planned for 2 p.m. Tuesday, May 29 at Tabor City Baptist Church with Rev. Scott Gore and Dr. John Gambrell officiating.

Family planned to receive friends from 12:30 until the time of service in the church sanctuary.