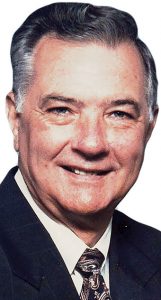 William Gerald Brooks of Loris passed away on Friday, July 13, at his home. He was 82.

Mr. Brooks was born on Nov. 20, 1935 in Conway, a son of the late Gerald Ruthledge Brooks and the late Mary Belle Bellamy Brooks.

Mr. Brooks grew up on the family farm in the Camp Swamp community and although he sought an education he continued to farm throughout his life.

Family would also like to thank Sarah Tomlinson for the wonderful care she provided to Mr. Brooks.

In addition to his parents, Mr. Brooks was predeceased by his brother, Robert Howell Brooks.