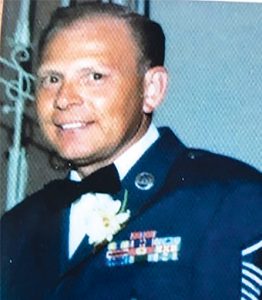 William “Bill” Norman Herring of Tabor City died Tuesday, April 28, in his home. He was 87.

Born March 16, 1933 in Columbus County, he was the son of the late Donnie Daniel and Curlie Soles Herring.

He is survived by his wife of 69 years, Carolyn Duncan Herring of the home; two sons, Barry Herring and his wife Angela of Chadbourn and Reggie Herring and his wife Lisa of Denver, Colorado; three daughters, Deborah Kirk and her husband Robert “Bob” of New Hampshire, Robin Herring of Tabor City, and Laura Waldron and her husband Ethan of Titusville, Florida; daughter in law Leigh Ann Herring of Truro, Nova Scotia; twelve grandchildren; and eleven great grandchildren.

In addition to his parents, he is preceded in death by his son: Jimmy Don Herring and one brother: Bobby Herring.

Mr. Herring attended Westside Baptist Church in Titusville, Florida where he served as Deacon, and was a member of Tabor City Baptist Church, a Master Mason in Les Cheneaux lodge 590 and was past President of the Tabor City Lions Club.

Mr. Bill retired from the United States Air Force after 26 years of service to our country. During his service in the Air Force, Mr. Bill served in the Korean and Vietnam War and his military career carried him to Okinawa, Japan, Saudi Arabia, Spain and North Africa.

After his military career he retired as superintendent of Juvenile Detention Center in Florida and then retired from Southeastern Mental Health after 10 years. He also volunteered with CFAC. His favorite place to go in Tabor City was Burger King. He made many friends there.

Mr. Bill’s compassion was shown through his enjoyment in helping others.

Funeral Services were planned for 11 a.m. Saturday, May 2, with Masonic rites and military honors in the Inman Ward Funeral Home Chapel.

Due to the coronavirus pandemic and executive order by the Governor, attendance will be limited.

The service will be livestreamed on Inman Ward Funeral Home’s Facebook page.

In lieu of flowers, memorials may be made to Liberty Hospice, 30 McNeil Plaza, Whiteville, NC 28472.