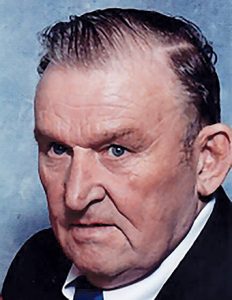 Joseph “Joe” Quincy Hammond passed away Wednesday, May 6, at his home in Springfield, Georgia. He was 89.

Joe was born in Mullins on Oct. 25, 1930 to Martin Durham and Roxie Cleo Buffkin Hammond.

He joined the United States Marine Corps in 1948, serving in the Korean and Vietnam wars. After proudly serving his country for 26 years he retired in 1974.

He married the love of his life on June 22, 1956 in Jacksonville. Following his retirement, he served 20 years in the Civil Service.

He was a loving husband, father, grandfather, great grandfather “big papa”, brother, and friend. He was very generous and loved to help others in any way he could, including being an inspiration to his nephew Lewis Warren. Some of his favorite things included his family, fishing, playing cards, lottery tickets and don’t forget the ice cream.

He was to be laid to rest with military honors on Tuesday, May 12, at the Hammond Family Cemetery in Finklea.