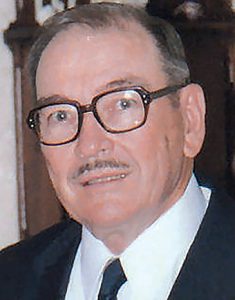 Jack Leon Parker, Jr. of Oak Grove, Kentucky passed away on Thursday, Oct. 1, in Hospice in Smithfield, North Carolina. He was 84.

Mr. Parker was born July 14, 1936 in Chinquapin, to the late Jack L. Parker, Sr., and the late Bertha Causey Parker. His family called him Leon, his friends called him Jack. He enjoyed woodcarving, rock hounding and finding fossils and artifacts. He enjoyed fishing with family and friends, reading, learning, and sharing knowledge. Everyone who knew him knew how much he enjoyed a good conversation.

Mr. Parker was predeceased by his wife, Inez Lopez Parker; and a son, Michael Anthony Parker.