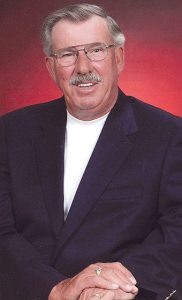 Robert Pate of Loris passed away Sunday, Dec. 6, at his home after enduring several illnesses over the past few years. He was 76.

Robert was born June 10, 1944 in Bladenboro, a son of the late Mabel and Lonnie Pate. He moved to Horry County in 1945 and became a life-long resident.

Robert was an avid golfer and loved the South Carolina Gamecocks. He also enjoyed cooking backbone and rice and grilling for his family and friends. Robert was the owner and operator of Pate’s Red and White and Pate’s IGA for many years. He was also a building contractor and served as the general contractor for Sherry’s Pharmacy. He was a founding member of the Loris Blue Pride Club and was also a member of Loris First Baptist Church where he served as a former Deacon.

Family planned to receive friends during the hour preceding the serviced in the Twin City Memorial Gardens Mausoleum Chapel.

Family expressed their thanks to the nurses and staff of McLeod Hospice for their care and support over the last few days.