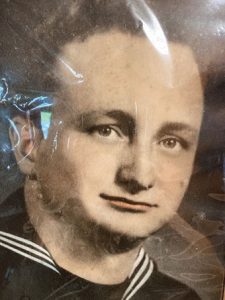 Jack passed away at Duke University Medical Center on April 16.

He was a resident of Burlington for more than 60 years, the longtime owner of Queen Ann Street Barber Shop and worked at other barber shops in Alamance County since 1960. He enjoyed repairing old clocks, cooking huge meals for large crowds, telling good joke and seeing a child smile as he gave them candy. He was a member of Kinnett Memorial Baptist Church where he served as a lay speaker and Sunday School Teacher.

He was an honorably discharged veteran of the U.S. Navy, proudly serving aboard the USS Hancock.

A funeral service to celebrate Jack’s life was planned for 2 p.m. Monday, April 19, at Rich and Thompson Chapel in Graham, burial following at Pine Hill Cemetery in Burlington.

Family and friends are invited to pay their respects starting at 10 a.m., preceding services, at the funeral home.