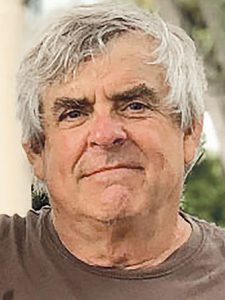 David Mishoe of Loris passed away on Wednesday, April 21, after a prolonged illness. He was 69.

David was born Sept. 1, 1951 in Lake City to the late Harry Benjamin Mishoe and the late Margaret McClam Mishoe.

David served his country with courage, honor, and distinction in the United States Air Force. After his military service he attended the University of South Carolina where he received his undergraduate degree. Upon completing his Masters he worked as a Computer Systems Programmer for Synergy, Inc., as well as a professor with University of Phoenix until his retirement.

David lived life to its fullest. His family always came first and his love for them knew no bounds. He toured the state judging BBQ contests and various cooking events. He thoroughly enjoyed RV’ing with his wife, and was an avid fisherman spending many hours teaching his beloved granddaughter, Selena, to fish on the St. John’s River in Florida.

In addition to his parents, David was predeceased by his sister, Dianne Mishoe Adams.

A Celebration of Life will be held at a later date.