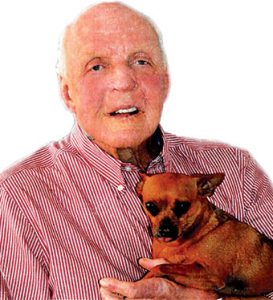 Ray Doyle Head, age 38, (really 83) lol, but anyone who knew him will get why he was not a typical 83 year old. Ray decided on May 9, to cruise away peacefully from his earthly home in Loris to his Heavenly home because he deserved to finally live on streets paved with gold.

Before he left he was able to say goodbye to his two loving daughters, Linda Doyle and Ann Tyler Price and his son-in-law Ricky Doyle. They begged him to stay but he was tired of fighting the war against cancer. He was a true fighter and civilians would better know him as, “Bird Man”.

Ray was born on a cold winter day, Feb. 21, 1938 in Scaly Mountain, North Carolina to his parents, John Dellon Head and Annie Degman Head. At the time of his birthday Franklin D. Roosevelt was President and The Great Winston Churchill was still fighting Nazi aggression.

When Ray was only 18 years old he decided to enlist into the Navy where he was an Aviation Structural Mechanic and a part of the Thirty Fourth Attack Squadron in Jacksonville, Florida. Ray often talked of his years serving in the military and said he had the time of his life traveling to different countries.

His favorite place he ever had the opportunity to visit throughout his military career was Cuba. That’s when he developed a love for old antique cars. Ray was a Master Mason and a member of Shriners International. He had a passion for helping children in need. Later in life he married the love of his life, August. Unfortunately in 1995 she was killed in a car accident. He was completely heartbroken and many years later he found love again and married Joann R Taylor, who sadly passed away from cancer seven years after they married.

Prior to the passing of his first wife, Joann and Ray had become very close friends with Linda and Ricky Doyle. Days before Joann lost her battle with cancer Linda promised her that she would always take care of Ray. Ray never had children of his own but he was like a father to Linda and he adored her love and kindness she had for him.

He moved to Loris to build his “dream home” with his new found family where Linda and Ricky would take care of him for the rest of his days with the help of her sister, Ann. Linda, Ricky, and Ann considered it a great honor to take care of such a wonderful man who brought so much joy and laughter into their lives.

Ray was a man of God and had great faith. He was a member of Dogwood Hill Baptist Church and he had a great love for his Pastor, Jimmy Floyd. Ray will be missed tremendously by his family. We will miss his ability to make us laugh even during bad times and the love he has shown us over the years. Life will forever be different without our Pops.

In addition to his parents and two wives, he is predeceased by two brothers, Eugene Head and Clyde Head; and a sister, Edith Wilson.