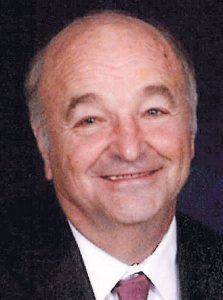 Winfred Jennings Prince died suddenly and peacefully at his home in Tabor City on Friday, Sept. 3. He was 70.

He was born on Dec. 7, 1950, the oldest child of the late Jennings and Lorene Prince.

Winfred left behind his wife of 47 years, Pamela Dudney Prince; his favorite son, Daniel Blane Prince of Wilmington; and his favorite daughter, Amber Prince Coleman and her husband, Jesse Coleman of Tabor City. He also left his main men, Cooper and Brody Coleman, the most-loved grandsons ever.

Winfred enjoyed being self-employed, a farmer at the time of his death. He had a generous heart and believed in treating everyone fairly. He so loved and provided for his family, leaving a legacy of hard work and honest living.

Visitation was planned from 6 to 8 p.m. Monday, Sept. 6, in Inman Ward Funeral Home.