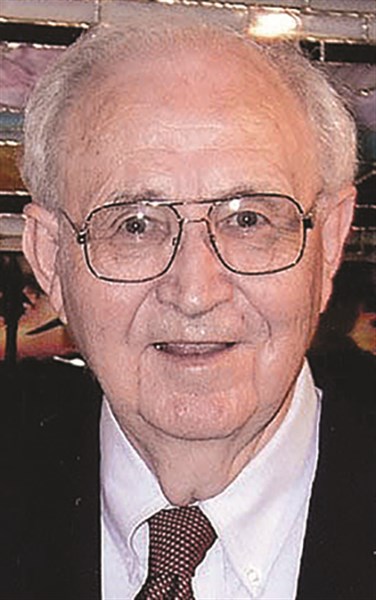 Jack G. Watts of Burlington, a Tabor City native who made a name for himself in the pharmacy profession, died Saturday, Jan. 9. He was 88.
A 1955 graduate of the University of South Carolina where he earned a Bachelor of Science degree in Pharmacy, Watts had lived in Burlington since 1959. He served as President of the USC Pharmaceutical Association for more than 50 years. He worked with the Eli Lilly & Company for 31 years.
Upon his retirement, Mr. Watts worked with the Greensboro Area Health Education Center (AHEC) of The Moses H. Cone Hospital. He also worked as the Associate Director of Pharmacy Education at the Greensboro AHEC. Mr. Watts was also an Adjunct Professor of Pharmacy Practice at Campbell University where he served on the Board of Trustees. He also received an Honorary Doctor of Science Degree in 1988 from Campbell University. Mr. Watts also worked as a Clinical Associate Professor in the School of Pharmacy at the University of North Carolina at Chapel Hill.
In 2002, Mr. Watts was given an Honorary Doctor of Humanities Degree from Wingate University for his assistance in establishing the School of Pharmacy program.
Mr. Watts received other awards and recognitions for his work in the community and his field.
Mr. Watts is survived to his wife of 57 years, Eloise; two children, Glenn Watts of Burlington and Elizabeth Foster of Matthews; two grandsons; siblings Janice Watts and Jerry Watts of Tabor City; and several nieces and nephews.
Family planned to receive friends from 5 to 7 p.m. Monday, Jan. 11, at Rich and Thompson mortuary in Burlington, and at other times at the residence.
A celebration of Jack Watt’s life was planned for noon Tuesday, Jan. 12, at First Baptist Church of Burlington, conducted by Dr. Terry Peele and Dr. Dale O. Steele, with burial following in Pine Hill Cemetery.
In lieu of flowers contributions made to the First Baptist Church Building Fund, 400 S. Broad Street, Burlington NC 27215 or to either of the following scholarships. The WattsHarrington Scholarship c/o Lee Ragsdale Wingate University Development Office Wingate, NC 28174 or the Jack G & Eloise H Watts School of Pharmacy Scholarship Campbell University c/o Mike Greer 143 Main Street Buies Creek, NC 27500 or to the Jack G & Eloise H Watts School of Pharmacy Scholarship University of South Carolina – School of Pharmacy Columbia SC 29208.
Condolences may be offered here.