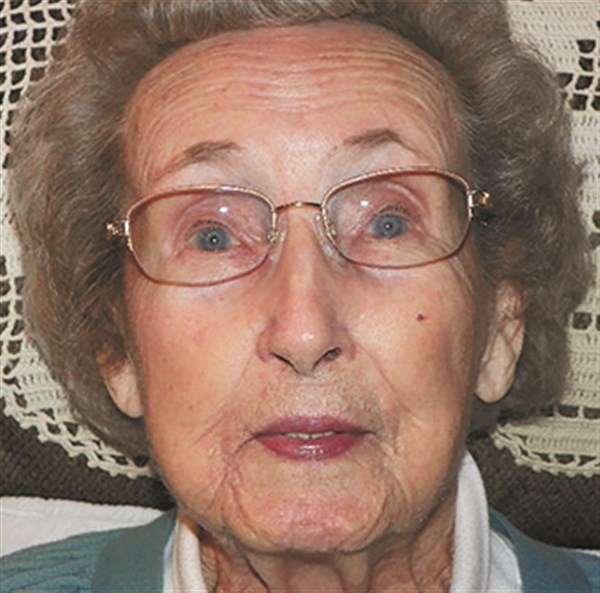 Maggie Marie Summerlin of Sunset Beach died Sunday May 8, at her residence. She was 94.
Marie was born in Clarendon on May 19, 1921, to Maggie Luellen Thompson and James Iredell Hardie, and was the youngest of 10 siblings.
She was predeceased by her husband of 49 years, Bion Fowler Jr., CWO4, USN and her second husband of 12 years James “Les” Summerlin.
She is survived by her daughter, Brenda M. Favro and her spouse William of Sunset Beach; her son Jerry Fowler and his spouse Susan of Middletown, New Jersey; stepdaughter, Becky Turner and her spouse Gordon of Greensboro; stepson, James D. “Pete”Summerlin and his spouse Anne of Durham.
She had four grandchildren, Katherine Thoman and her spouse Mark of Canaan, Connecticut, William Favro of Babylon, New York, Danielle McGivney-Fowler of Middletown, New Jersey, and Timothy Fowler of Eatontown, New Jersey, and three great grandchildren, Kimberly Hoffmann of Albuquerque, New Mexico, Andrew Hoffmann of Tampa, Florida, and Autumn McGivney of Middletown, New Jersey.
She and her husband “Les” were charter members of the Calabash Presbyterian Church. She was engaged in many activities including Secretary of the Navy Officers Wives Club in Newport, Rhode Island; President of the Navy Officers Wives Club in Bayonne, New Jersey; Past Worthy Matron of the Tabor City Chapter of Eastern Star; Past President and a founding member of the Sea Trail Property Owners Association in Sunset Beach. She was nominated for Woman of the year in the State of New Jersey. She also enjoyed playing bridge with several area bridge groups.
During her first husbands 30 year Navel career, Marie lived in many states including North Carolina, Massachusetts, New York, California, Alaska, Virginia, Rhode Island, and New Jersey.
Marie and her second husband “Les” enjoyed several cruises including the Panama Canal, Alaska, and the Caribbean.
Calling hours for the family will be scheduled at a later date and funeral services will be private.
In lieu of flowers please make donations to Lower Cape Fear Hospice, 1414 Physicians Dr,, Wilmington, NC 28401.
The family appreciates the Professionalism and Compassion displayed by all of the Lower Cape Fear Hospice personnel.
Arrangements by Coastal Cremations, Carolina Shores.