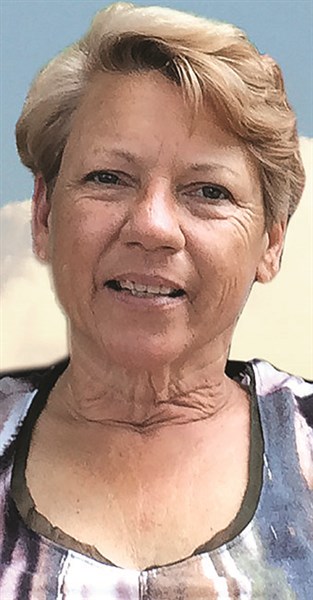 Karen Ann Moody Moreau of Loris passed away Sunday, July 17 at her home following an illness. She was 55.
Mrs. Moreau was born on Sept. 28, 1960 in Pawtucket, Rhode Island, daughter of the late Byron C. Moody and the late Myrtis Wilkinson Moody. Mrs. Moreau worked as a restaurant manager and was a member of the Catholic Church of the Resurrection.
Survivors include her husband, David Henry Moreau, Sr. of the home; one son, David Henry Moreau, Jr. and his wife, Shannon of North Kingston, Rhode Island; one daughter, Tracy Ann Moreau of Loris; three loving grandchildren who meant the world to her, Evan, Connor and Jordan Moreau; one brother, Brad Moody and wife, Kristen of Cumberland, Rhode Island; two sisters, Robin Enos and husband, Greg of Conway, and Lori Neves and husband, John of Coventry, Rhode Island and half-sister, Janice Kaszyk and husband, Kirk of Conway.
Karen loved to throw a party, plan trips, gardening, and she was a devoted New England Patriots fan who never missed a game! She would find any reason to gather people together. She loved to cook and in the past few years had become proficient at canning pasta and pizza sauce, beets, pickles, and jams. Known as “Mem” to her grandchildren, she enjoyed sending packages to Connor and Jordan and always looked forward to seeing them via Facetime. She loved her car rides with Evan and especially playing basketball with him. Karen’s greatest gift and treasure was the tremendous love she had for her family. She was forever grateful for the role each person played in her life.
A funeral Mass was planned for 10 a.m. on Saturday, July 23 at the Catholic Church of the Resurrection, with inurnment following at Our Lady of the Sea in the memorial gardens.
Family planned to receive friends from 9 to 10 a.m. prior to the service at the Loris church.
Memorials may be made to Catholic Church of the Resurrection Building Fund, 204 Heritage Road, Loris, SC 29569.
A guest register is available here.