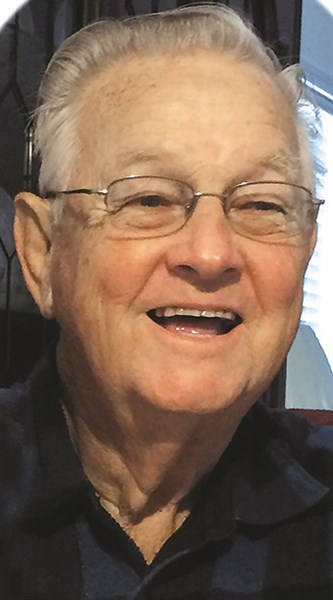 Boyd “Paul” Prince of Ash, a Longs native, went home to be with his Lord and Savior on Aug. 18, after a courageous fight with an extended illness.
Born to the late Gordon and Annie Belle Prince on July 10, 1938, he became the fourth child of a loving and happy family.
Farm life with his three sisters; Pearl, Iris, Wannie and brother Philip provided ample character building experiences that grew Paul into the man that so many love and respect today. Early in life, Paul came to know and understand a friendship with God through Jesus Christ. This faith would prove to be the solid foundation on which he continued to build his life and what allowed him to live with a clear perspective about what was really important.
Paul and his first wife, the late Euzina Prince, met in high school and married on Dec. 23, 1957. After making Conway home for many years, they settled back in Longs for the remainder of their 53-year marriage. Together they built a life and raised four children. Paul worked much of his married life for American General Insurance and after 35 years retired as a regional manager.
Although his pace didn’t seem to slow much, his retirement allowed him to devote more time to hunting, fishing and other projects around his farm. People who knew him could say he had a seasonal way about him; watching Martins come in the spring, fishing in the summer, up in a tree stand in the fall and duck hunting into the winter. In every season, on Sunday mornings, you were sure to find him worshiping at Believers Bible Chapel off 905 North in Longs. Paul’s church family was an important part of his life and each and every member was dear to him. Paul’s wise and faithful spirit benefited all who knew him and he’d quickly tell you to “Shut your eyes; that’s what you’re taking with you” if you became too worried about tomorrow’s provision. His sunny disposition and magnetic personality won him countless friends. He never met a stranger.
After the death of his first wife Euzina, Paul remarried Betty Hughes of Ash and enjoyed another four years of marriage. Until his recent illness, Paul and Betty enjoyed worrying their grown children and stepchildren with traveling, often times to the mountains of North Carolina. When home they enjoyed an active social life participating in church, family and other gatherings, which almost always ended in singing at Paul’s suggestion. Betty completely devoted herself to the love and care of Paul until his final day here.
His children Paula Lee and her husband Danny of Longs; Gloria Frost and her husband Dave of Conway; Donna Long and her husband Jeffery of Ash, and Benjamin Prince and his wife Christina of Longs; stepsons Albert Hughes and wife Jill of Shallotte, N.C. and Michael Hughes and wife Laurie of Ash, survive Paul.
Additionally, his brother Philip Prince of Columbia, S.C. and his sister Wannie Wilson of Longs, S.C., nine grandchildren, four step grandchildren, five great grandchildren and four step great grandchildren also survive him.
Paul, a beloved husband, father, grandfather, brother and friend will be greatly missed by all that knew and loved him. His influence and godly example is impossible to measure; his legacy lives on in so many. As Proverbs 20:7 says, “The righteous man walks in his integrity; His children are blessed after him.”
Funeral services were held at 11 a.m. Monday, Aug. 22, at Hardwick Memorial Chapel. Committal services followed at Old Springfield Cemetery. Pastor Dave Rickert officiated the services.
Memorials may be made to Believers Bible Chapel, 12151 SC-905, Longs, SC 29568.
A guest register is available here.