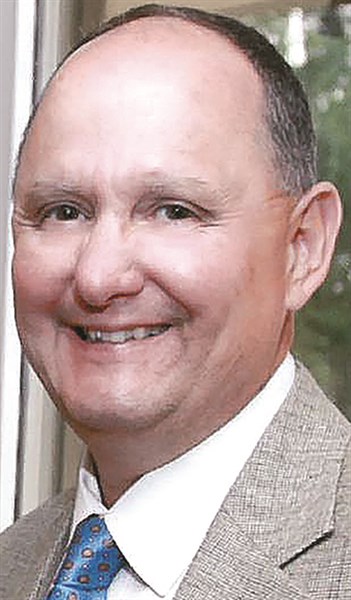 Russell “Rusty” Philip Brice of Wilson passed away peacefully on Sept. 30, surrounded by his family Friday, Sept. 30. He was 64.
Rusty was born Feb. 27, 1952 in Tabor City to James A. Brice, Sr. and Ruth Norris Brice.
Growing up, Rusty was very active in both church and school. In high school he was elected class president three years in a row. He participated in sports year-round and was quarterback for the Tabor City Red Devils under the well-known North Carolina coach Jack Holly.
Later in life, Rusty continued his love for football by becoming a high school referee for over 20 years. He attended East Carolina University and from there attended Pitt Technical Institute where he graduated with a degree in Waste Water Management.
Rusty was passionate about environmental conservation and natural resources management. He worked for the City of Wilson for 25 years as Superintendent of the Water Reclamation Department. During his tenure, he received the prestigious Water Environment Federation William D. Hattfield award. He also taught Water Reclamation classes at Wilson Community College.
Rusty was loved by all who met him and had a deep love for his family and friends. Those who knew him well knew he was an enthusiast of all things music. He was also affectionately called “Daniel Boone” by his family because of his affinity for the outdoors.
Rusty is survived by his wife, Connie Bulluck Brice; his son, James Cullen Brice; his daughter, Ashley Lauren Brice both of Raleigh; two brothers, Dr. James A. Brice, Jr. and his wife Tava of Fayetteville; Jeffrey Lynn Brice and his wife Darlene of Myrtle Beach; one sister, Gayle Brice Cox and her husband William of Little River; father-in-law Robert H. “Sunnie” Bulluck, of Elm City; sister-in-law, Brenda Bulluck Briley and her husband, George of Rocky Mount; brother-in-law Bob Bulluck and his wife Sandy, of Wilson; many neices and nephews whom he adored, and special friends Russ and Becky Brice Womble of Raleigh.
He was preceded in death by his parents, James A. and Ruth Brice, his son Wesley Cullen Brice, his nephew, Caleb Joshua Brice and brother-in-law Larry Lee Bulluck.
Visitation will be 6 to 8:30 p.m. Monday, Oct. 3 at Joyners’ Funeral Home and other times at the home.
A Celebration of Life service was planned for 11 a.m. Tuesday, Oct. 4 at Joyner’s Funeral Home, 4100 Raleigh Road Parkway, Wilson, with Dr. James A. Brice will be officiating, burial following at Evergreen Memorial Gardens in Wilson.
In Lieu of flowers, the family is requesting donations be made to the Brain Support Network a www.brainsupportnetwork.com, P.O. Box 7264, Menlo Park, California 94026 or by phone at 650-814-0848 which helps families donate a loved ones brain for research as well as provides valuable research and educational tools on rare neurological diseases. When donating, please add: “In memory of Russell P. Brice.”
A guest register is available here.