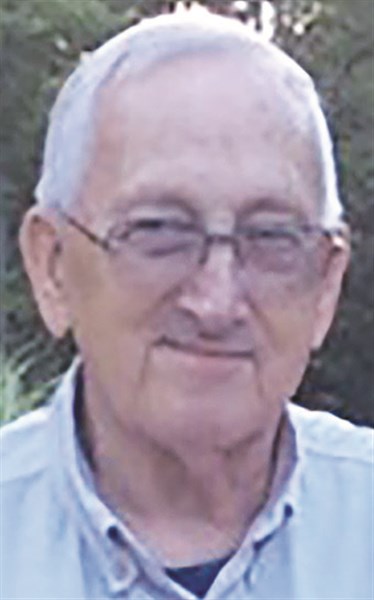 Billy Eugene Whaley of Little River passed away on Nov. 13 at his home in Little River after a lengthy illness. He was 82.
He was born Jan. 24, 1934 in Pleasants County, West Virginia, to the late Dewey and Laura Whaley.
Bill was a CPA who owned a private practice for over 30 years in Horry & Columbus Counties.  Prior to opening his CPA office, he worked as a Special Agent for the CID of the Internal Revenue Service until retiring in 1982. Bill also was a veteran of the Korean War and continued his service as a member of the United States Air Force Reserves as an OSI Special Agent until retiring in 1994. After retiring from the service, Bill was a NCO for the South Carolina Coast Guard Auxiliary. He was a charter member of the Optimus Club of North Myrtle Beach and a member of both the VFW and the American Legion.  Bill enjoyed his dog Tuffy, his best friend and wife Brenda, his family and friends, as well as fishing, reading, football, and travel.
He is survived by his wife, Brenda Gale Fipps Whaley of Little River; four sons, Scott Whaley (Gloria) of Clarendon, Alton Alexander (Holley) of Cincinnati, Ohio, Robert Alexander (Amber) of Knoxville, Tennessee, Steve Whaley of Holden Beach; two daughters, Kelley Skidmore (Eric) of Toronto, Ohio, Shelia Biricik (Sean) of Clarendon; one sister, Shirley Rushing of East Springfield, Ohio; two brother in laws, Larry Fipps, Ronald Fipps; sister in law, Vonnie Kay Fipps; fifteen grandchildren; and four great grandchildren.
In addition to his parents, he was preceded in death by two daughters, Lisa Swiger, Carol Pilkington; one sister, Betty L. Lamp; and two brothers, Hurbert Whaley and Everett Whaley.
Visitation was planned from  7 to 9 p.m. Wednesday, Nov. 16 in Inman Ward Funeral Home of Tabor City.
Funeral services were planned for 11 a.m. Thursday, Nov. 17 in the Inman Ward Funeral Home Chapel, with burial following in Bethel Cemetery, Clarendon.
A guest register is available here.