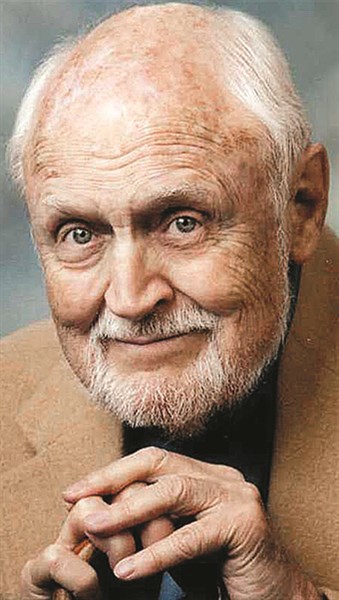 Herbert Wayne Fawcett of Loris passed away peacefully Friday, Nov. 11 at Lower Cape Fear Hospice in Whiteville.  He was 96.
He leaves behind his beloved friends of over half a century and home mates, Marlene and Arnold Gaspersohn and their daughter, Shelly (Wayne’s God daughter) and her children, Joshua, Lindey and Karleigh; his son, Danny Fawcett and grandson, Buzz Fawcett.
Mr. Fawcett was born on June 11, 1920 in Utica, Ohio, the son of the late George Walter Fawcett and the late Ella Adeline Hook Fawcett. He graduated high school in 1936, and earned his bachelor’s and master’s degrees from Columbia University. His majors were music, drama, speech and English. Mr. Fawcett served his country with courage and honor in United States Army Air Corp during WWII. During the war he worked on and piloted military gliders being towed from base to base across the United States.
Mr. Fawcett married Thelma Augusta Jones in 1961 and he began to delve into his true passion, theater and the arts. He taught in high schools in Ohio and Michigan for twenty-four years and two of his pupils made it to Broadway. He had an immense appreciation for theater and was a highly sought after freelance stage director. He wrote numerous musicals, stage productions, opera’s and novels during his career, as well as acting, singing and set design in venues from Detroit to Carnegie Hall.
Upon retiring from teaching and community theatre after thirty years, he and Thelma settled in Florida, first Indian Harbour Beach and then Palm Bay where they lived for twenty one years. There they were involved in Melbourne Civic Theatre, and finally with Museum Downstage (Downstagers), which was formed by dear friend Gloria Dash, and Wayne, at the Melbourne Museum of Art and Science and is still thriving today.
Upon moving to Loris, Wayne attended the Loris First Presbyterian Church, where he always felt welcomed.
In addition to his parents, Mr. Fawcett was predeceased by his wife, Thelma Augusta Jones Fawcett and one son, Barry Fawcett.
Memorial services were held at 2 p.m. on Sunday Nov. 20 at the Loris First Presbyterian Church with Pastor Dr. Tim Osment officiating.
A guest register is available here.