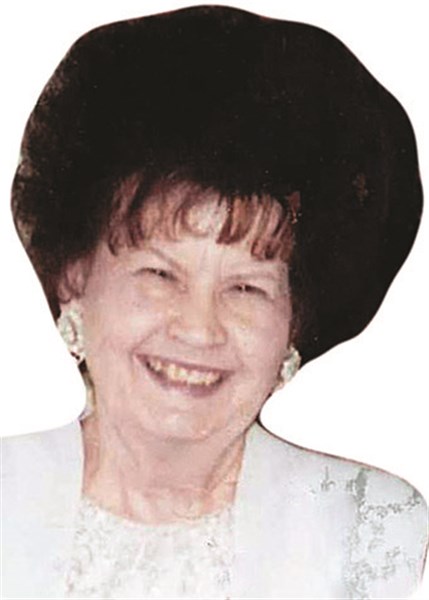 Lionell “Nell” Gore Duncan Stevens of Longs passed away peacefully, surrounded by her loved ones, on Wednesday, Nov. 16. She was 84.
“Nell”, as she was lovingly known, was born to Lefon and Minnie B. Gore on June 18, 1932. She grew up and lived all of her life in Longs. Her early years were spent on the farm. Later in life she opened Duncan’s Accounting in Calabash, which she ran for over twenty years. She was a beautiful lady who always dressed sharply and looked so put together. She was famous for her red velvet cake, and if you ever had a slice you understood why. She will be most remembered as a loving wife, mother, grandmother, great-grandmother and aunt who will be greatly missed by all who had the pleasure of being a part of her life.
She is survived by her husband of sixteen years, and first class traveling partner, Roy W. Stevens of the home; her two sons, Russell Duncan and wife, Elaine of New Zion, and Andy Duncan and wife, Kerri of Turbeville; one daughter, Tammy Duncan of Greenville, South Carolina; seven grandchildren and three point five great-grandchildren.
In addition to her parents, Mrs. Stevens was predeceased by her husband of forty-five years, Cecil Wade Duncan and her brother, Lloyal L. Gore, Jr.
Funeral services for Mrs. Stevens were held at 3 p.m. on Saturday, Nov., 19 at Hardwick Memorial Chapel with Pastor Gary Richardson officiating. Committal services followed at Buck Creek Cemetery.
A guest register is available here.