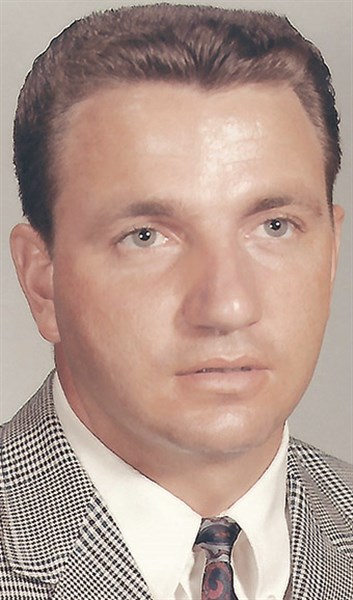 Leroy “Coach” Ward of Nakina died Friday, Feb. 10. He was 75.
Born Aug. 19, 1941 in Columbus County, he was the son of the late Lee Ward and Mary Beck Ward.
Leroy was a graduate of East Carolina University with BS, MS and EdS degrees.
After graduating from East Carolina, he returned to Nakina High School, his alma mater, where he was a multiple sport athlete and All Columbus basketball player . He served there as a teacher, principal and coach (basketball and baseball) for more than 25 years.
After serving at NHS he completed his career at the Columbus County Board of Education, where he served as a Pupil Personnel Supervisor and Principal Mentor .
During his 42 years in Education he was honored with three awards from the North Carolina Principal’s Executive Program. He also received numerous coaching awards, including a Distinguished Service Award given by the North Carolina High School Athletic Association.
He loved his work and enjoyed keeping in touch with his students and former players throughout his life.
His love of God was always his number one priority. He was a charter member of Nakina Baptist Church and served as a Deacon and Sunday School teacher there for forty years.
His greatest joy in retirement was spending time with his five “grand girls”, playing golf with his family and friends, and making his yard more beautiful. He will truly be missed by his family, church and friends.
He is survived by his wife, Sandra Stanley Ward; a son, Jeff Ward and wife, Christa of Fuquay-Varina; a daughter, LeAnne Ward Smith of Wilmington; a brother, Ray Ward of Nakina; sisters, Jeanette FormyDuval of Whiteville; Barbara Buffkin and husband, Thomas of Pawley’s Island, Carolyn Suggs and husband, Terray of Lake Wacamaw; grandchildren Caroline Smith, Corinne Smith, Grace Ward, Lydia Ward and Rachel Ward.
He was preceded in death by his parents, Lee and Mary Ward; a sister, Gail Ward and brother-in-law, J.C. FormyDuval.
Family planned to receive friends from 6 to 8:30 p.m. Thursday, Feb. 16, at Peacock Funeral Home, Whiteville.
His funeral service was planned for 2 p.m. Friday, Feb. 17, at Nakina Baptist Church, with Rev. Darryll Hester officiating, burial following in Columbus Memorial Park.
Memorials may be made to Nakina Baptist Youth Fund P.O. Box 70 Nakina, NC 28455.
A guest register is available here.