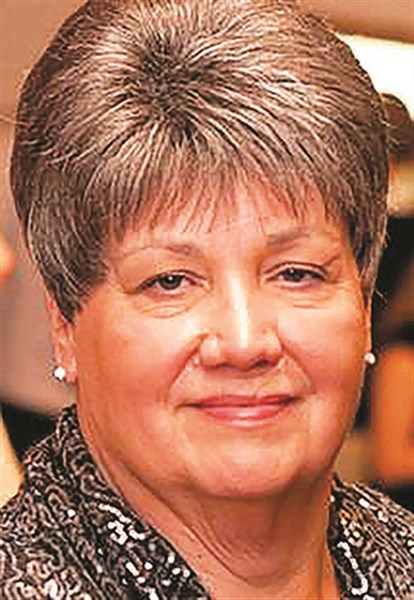 Tonia S. Elson of Paxton, Illinois, passed on Sunday, Feb. 26, at the Illinois Knights Templar Home, Paxton, Illinois. She was 65.
Tonia was born June 11, 1951 in Whiteville, the daughter of Howard C. and Bernice Fowler Garrell.
She married Steve Elson on Feb. 14, 1971 at the Westminster Presbyterian Church, Paxton, Illinois. He survives.
She is also survived by a son, Brian (Lisa) Elson of Paxton, Illinois; a daughter, Stephanie (David) Haas of Philo, Illinois; her mother, Bernice Lustfeldt of Paxton, Illinois; six grandchildren, Haley and Chase Elson, Lily, Lauren, Natalie and Nora Haas and a brother, Mark (Donna) Garrell of Rantoul.
She was preceded in death by her father, Howard C. Garrell.
Tonia graduated from Rantoul Township High School in 1969 and from Parkland College, After working as a dental assistant for several years, she became a stay-at-home mom and assisted her husband in the family business which included Elson’s Paxton Sanitary.
She was a member of First Lutheran Church, Paxton, Illinois, the former Paxton Jr. Women’s Club and the International Order of the Rainbow Girls. She served on the Ford County Board of Elections. Tonia enjoyed going to movies, shopping and traveling. Her greatest joy was spending time with her grandchildren.
A special thank you to the staff of the Illinois Knights Templar Home for the loving care they gave to Tonia.
Visitation was planned from 5 to 7 p.m. Thursday, March 2, at the Baier Family Funeral Services, 406 East Pells Street, Paxton, Illinois.
A memorial service was planned for 11 a.m., Friday, March 3, at the funeral home, with Rev. Debra Domeier officiating, burial following in Glen Cemetery, Paxton, Illinois.
Memorials may be made to the Illinois Knights Templar Home, Paxton, Illinois, Paxton American Legion Prairie Post 150 or to an organization of the donor’s choice.
Condolences may be offered here.