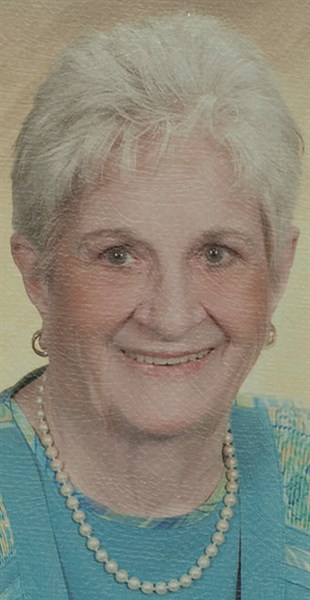 Barbara Ruopp Hickman of Loris went to be with her Lord on Wednesday, March 29. She was 92.
A long-time resident of Loris, she was a seamstress who did alterations for many in her community. Later in life she managed the gift shop at Loris Community Hospital.
She was born on Nov. 7, 1924 in Redding, Pennsylvania, the daughter of Mable and Adolf Ruopp, first generation German immigrants. The oldest of five sisters, Barbara’s family moved several times over the course of her youth.
In 1943, while living in New York City she met and married Wyatt Lee Hickman, Sr., who was stationed at the nearby Manhattan Beach U. S. Coast Guard Training Station.
She was predeceased by her husband as well as her son, Corky Hickman; her grandson, Michael Hickman; and her sister, Eleanor Brady.
She is survived by her daughter, Wendy Boyd, and her husband, John Boyd, of Cherry Grove, South Carolina; a daughter-in-law, Shirley B. Hickman of Lumberton; a granddaughter, Laura Nobles, and her husband, Dewayne Nobles, of Tabor City;; a grandson, Ben Boyd, and his husband, Dennis Adamson, of New York, New York; three sisters, Doris Hallenbeck, of Latham, New York, Karlene Airey of Iverness, Florida, and Pat Ostrander and her husband, Alton, of Albany, New York; as well as great grandchildren, nieces and nephews.
Barbara was an active member of the Loris First Baptist Church where she enjoyed her role as Secretary-Treasurer of the Joy Sunday School Class.
A funeral service was planned for 3 p.m. Saturday, April 1, at Loris First Baptist Church with Dr. Louis Venable officiating, a graveside remembrance immediately following at Twin City Memorial Gardens.
Family planned to receive visitors during the hour prior to the service in the church Fellowship Hall.
In lieu of flowers, family asks that donations be made in celebration of Barbara’s life to Embrace Hospice, 1318 3rd Avenue, Conway, SC 29526.
A guest register is available here.