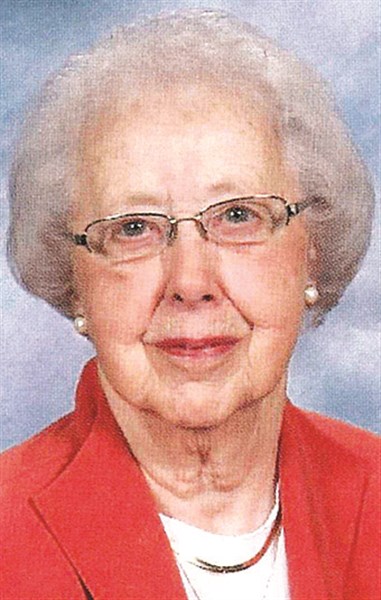 Marvella Davis Dorman of Tabor City, passed away Sunday, April 2, at McLeod Seacoast, Little River, after a brief illness. She was 89.
Born June 21, 1927, she was the daughter of the late George Preston Davis and Lois Gilleon Davis of Hattiesburg, Mississippi. She was preceded in death by her husband Billy Guthrie Dorman.
She spent her childhood in Mississippi, Florida, Louisiana, and Georgia before moving to Tabor City at the age of 14. She graduated from Tabor City High School and Campbell College and received a master’s degree from the University of South Carolina. She owned and operated Little Guys and Dolls Kindergarten in Tabor City for ten years and then taught at Williams Township School until retirement from Columbus County Schools. She then taught at Waccamaw Academy and continued to substitute at various schools around the county. She worked part-time at the Visitor’s Center in Tabor City from 2005 through 2015.
Marvella was an active member of the Tabor City Baptist Church for over sixty years. She taught Sunday School, Vacation Bible School, and led multiple Bible studies in her home each week. She also served as Discipleship director, greeting committee chairman, library chairman, and served in various other positions. She volunteered each summer for twenty years at Lifeway/Ridgecrest Conference Center in Black Mountain. Her passion was leading people to Christ through her daily living, witnessing, volunteering, and teaching others.
Marvella was very active in many civic organizations where she served in various leadership positions. She was one of the founding members and past president of the Dirt Daubers Garden Club, president of NCAE, president of the Columbus County Arts Council, president of the Columbus County Retired Teachers Association, and Chairman of the Yam Festival Art Show. She also was a member of the Tabor City Chamber of Commerce and Committee of 100.
She was a lifetime member of The Mayflower Society, where she served as president of the North Carolina Society and also was a member of the Mayflower National Education Committee. She was proud of her genealogy and taught classes to others showing how to trace their heritage.
She is survived by her children Mike Dorman (Barb) of North Myrtle Beach, Julia Fort (Steve), of Little River, and Jennifer Sample (Mike) of Jacksonville, FL. ; four grandchildren Courtney Stewart (Jordan), Michael Dorman (Olga), Paige Bottoms (Tyler), William Sample, and one great grandchild, Steele Stewart.
Visitation was planned from 6 to 8 p.m. Tuesday, April 4, at Inman Ward Funeral Home in Tabor City.
A funeral service was planned for 11 a.m. Wednesday, April 5, at Tabor City Baptist Church, with burial following at Forest Lawn Cemetery.
In lieu of flowers, those wishing to honor her memory may make contributions to The Billy Dorman Scholarship Fund at Tabor City Baptist Church, 200 Live Oak Street, Tabor City, NC 28463.
A guest register is available here.